More surprisingly is that the rate of 1L decline is accelerating. Perhaps diminishing returns hasn’t set in after all. 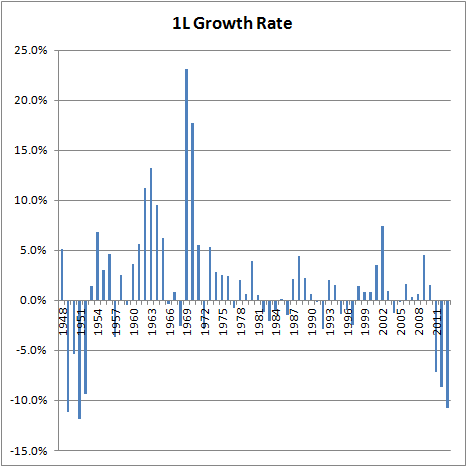 Legal education hasn’t seen this rapid a 1L crunch since the Korean War.

Twenty-seven law schools saw a 10 percent or greater increase in 1Ls, up from eight last year, so it appears more are choosing to enroll the bodies they get. Most schools still took a decline instead.

That’s all I’ve got.