It’s a question I posed earlier this year and can answer before 2015 comes along.

One thing the latest 509 Information Reports do is consolidate “full-time” and “other full-time” faculty into just “full-time faculty.” This decision, which likely relates to the change in the accreditation standards that removed the student/faculty ratio requirement, has led to two results. One, we no longer know in detail what’s going on with legal writing instructors or clinicians, and two, the peak for full-time faculty (total and mean average) is now 2010 instead of 2011 as I reported last year. I’ve merged the categories retroactively to better illustrate the trends. 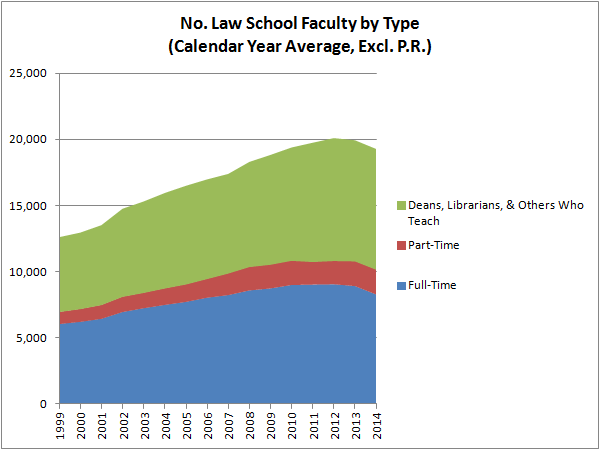 Since last year, the number of fall full-time instructors at all law schools fell by 8 percent; the cumulative decline since 2010 has been 11 percent, so much of what’s going on happened just before this academic year.

Once again, here are your law schools ranked by net change in full-time faculty and smallest faculty size in 2010.

That’s all for now.